SHOCK WAVE THERAPY FOR
ERECTILE, CURVATURE OF THE PENIS AND PROSTATITIS

There is an only solution for a healthy and happy sex life:
Modus ED-SWT shock wave therapy system.

THE END OF SURGERY AND
PHARMACEUTICAL TREATMENT!

Modus ED-SWT does not contain the negative effects of other treatment modalities.
Provides effective treatment in a short time thanks to its advanced technology.

You can directly reach our doctors in our Therapy Centers

What is the Erection Problem (Erectile Dysfunction)?

Why Does The Hardening Problem Happen?

The erection problem is a frequently encountered case that may have many different reasons, contrary to popular belief. Although this problem is generally thought of as a physical problem, it has been found that it actually occurs psychologically in many cases. It has been observed that it usually occurs due to anatomical, nervous system and hormonal conditions, as well as in many cases such as being dependent on continuous drug use.

The most important factor known in men who have a erection problem at a young age is excess weight. Obesity caused by unhealthy and excessive nutrition causes performance problems in many men. Apart from this, heart medications and drugs that can change the hormone balance are among the other factors that cause erection.

Due to embarrassment and hesitation, it is determined that most of the men who have erectile dysfunction keep this disease secret, and worse, in most cases, individuals try to get rid of this problem with their own solutions.

The erection problem is a problem that can happen to almost every man. Due to the fact that this discomfort caused by concentration disorder is experienced, it is possible to talk about many useful techniques during the treatment phase. With our definitive solution, every man can easily get rid of the erection problem in a short time. The center and the physician who will be preferred for treatment also have a large share in the positive outcome of the treatment. In case of support from a specialist physician, the problem disappears in a short time.

Although the techniques applied in the erection problem are different, shock wave treatments are known to be an extremely effective treatment method. While this problem can be solved with simple sessions in psychological problems, it is possible for the individual to regain health in a short time with shock treatments in the later stages.

What is Shock Wave Therapy? What does it do?

The treatment method known as shock wave is the most effective method that helps to eliminate the erection problem in individuals. The problem of erection is a problem that many men face in our country and all over the world due to different factors. Although this problem, which negatively affects sexual life, remains hidden in many cases, it can be easily treated in a short time when it is exposed.

Shock wave treatment methods contain the latest technology elements and guarantee a definite result. In this treatment content, all kinds of elements that can cause hardening in the body are repaired fundamentally and an extremely healthy body appears. Problems such as vascular occlusion, nervous system disorders are among the main causes that trigger erection. These problems that arise due to many different reasons are easily resolved with shock wave therapy. It is possible to regulate the collagen balance, which is very important in the body, with this treatment. As a result, any problems that cause the problem are solved.

The Definitive Solution to Sexual Problems

The veins in our sexual areas have the finest and most sensitive veins in the bodies of men, in general. Unfortunately, it is possible for these veins to be easily clogged in the slightest problem since they are so small. As a result, sufficient efficiency cannot be obtained from the genital organ. High blood sugar and cholesterol, overweight problems, vascular insufficiency and nervous system problems are among the main problems that disrupt the functioning of the vessels. Prostate and other age-related factors are among the health problems that are likely to be experienced in the later stages.

How are Shock Wave Treatments Applied?

The basis of the shock wave treatments lies in removing the obstruction in the vessels that cause the problem. During the treatment applied, shock process is applied to the occluded vessels and the waves supplied to the body are restored to normal functioning of the vessels. With the opening of the veins, the blood flow in the veins returns to normal and blood is passed through the veins in the sexual area. With the return of the blood cycle to normal, the sexual area is treated and returns to its normal functioning.

Inceler Medikal ; In line with these objectives that have developed their produce medical devices, Turkey and the world based on the solution of many health organizations and physicians with expert partners to help you erection problems it is ambitious and valuable patient is the correct address.

In Turkey and in many cities around the world, you can reach health institutions using Modus ED-SWT.

In ED cases, permanent results can be obtained with eswt in appropriate cases. Modus ed-swt may be the preferred choice given both its efficiency and ease of use.

I was not so satisfied with the devices I used to treat erectile dysfunction. Modus ED SWT is more effective, easy to use and practical than other devices.

Modus ED SWT, as unlike other devices, has adjustable electro-frequencies, so the number of shocks can be individually adjusted. Thus, treatment gives more effective results in a short time.

With Modus ED SWT, maximum efficiency is obtained even from the lowest rhythms of the shockwaves, which increases the effectiveness of the treatment.

Modus ED SWT is an easy and effective treatment method.

Modus ED SWT Treatment provides a permanent treatment by completely removing the occlusions in the vessels and accelerating the formation of new vessels.

Our Urology Clinic equippedwith Modus ED SWT. Focus feature of the device increased the treatment success ratio. After 6 session almost all my patients get good results. We are lucky to get Modus ED SWT.

We have got good results from Modus ED SWT, our patients too satisfied from the obtained result. I couldun’t imagine the success ration.

I'm using both ESWT models (Radial and Focussed) in my clinic. I have got good result over my patients. The success rate is high in ED treatment.

Shock waves cause mechanical stress and micro-trauma when they are emitted to an anatomic section in the low density shock therapy with Modus ED-SWT. This mechanical stress and micro-trauma induces a series of biological reaction which allow the blood flows and triggering of the tissue neovascularization. With the formation of new blood vessels, erectile dysfunctions and deformities of the penis are treated permanently.

Modus ED-SWT technology has been developed with the national resources as a result of many years of R&D activities. Thus, it is an economic product besides its superior technology.

Due to its wide distribution network and reasonable price, it has been started to be used by many doctors and health institutions in our country and the world in a short time. Thus, health centers using Modus ED-SWT for patients have become more economical and attractive option.

All therapies with Modus ED-SWT are completely non-invasive. In other words, the patient never goes under the scalpel; drugs, prosthesis etc. are not used. It is not needed to be used before each sexual intercourse as with other therapy methods. The patient does not feel any pain or ache during or after the therapy.

The success rate of ED-SWT therapy is 80%. 60% of the severely ill patients who did not even respond to drug therapy had their health with ED-SWT technology. The patients do not need the drug therapies they previously used after the successful therapy.

Additional to Modus ED-SWT device‘s usage for the treatment of erectile dysfunction, impotence, pyronie and prostatitis; It is also used in orthopedics, physiotherapy, sports medicine, aesthetic beauty and veterinary medicine. 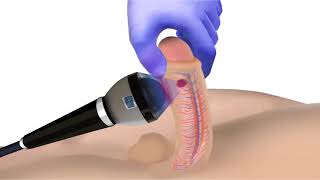 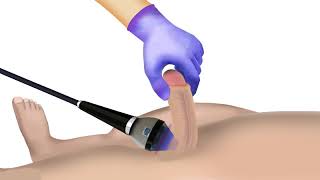 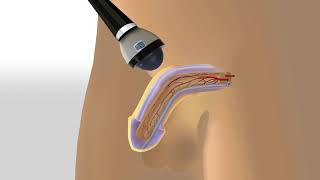 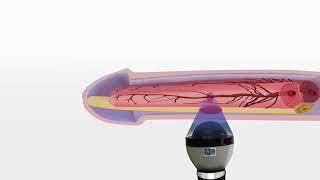 Modus ED SWT Treatment is applied to various parts of the penis and the penis root. 300 shots are performed in each region in each session, with a total of 1.500 shock shots. Application is made to 5 different points of the penis.

The therapy lasts 6 sessions. According to the severity of the disorder, therapy can be completed in 3-10 sessions.

Each session take approximately 20 minutes. Any kind of preparation such as sedation are not needed before the therapy. There are not any kind of pain, sting, swelling, empurpling, burning or irritation during or after the process by no means. After the session, the patient can continue his daily activities.